When complex SQL queries are generated for you, there is no need to expose SQL’s complexity when you handle everything visually. The unnecessary complexity of the SQL OVER ROWS clause is hidden by a simple visual selection of a frame on screen. You can much better understand how ROWS works after playing for just a few minutes with our visual SQL query builder for window functions.

Why is the OVER ROWS Clause so Complex?

When the 2012 T-SQL features were first announced back in 2011, I must confess that framing intimidated me a bit. I didn’t really like the syntax and didn’t quite understand what was going on.

I witnessed firsthand, in one of my past jobs, how great windows functions are and how they can solve problems very hard to fix any another way. When our database architect at that time suggested we could use just plain SQL queries to transform huge server-side batches of data that would normally require complex cursor-based operations, I didn’t believe it was actually possible. But I ended up by successfully implementing the algorithms he suggested.

I still suspect today most people find the window functions most complex than they are. One reason is there have been some confusing, complex and uninspired syntax choices there. I always wondered why the inline ORDER BY clause was replicated as it was, but we needed a new PARTITION BY clause for what obviously is an inline GROUP BY clause.

The nightmare comes however from the ROWS/RANGE/GROUPS clause, that sometimes can be used after an OVER ORDER BY to further restrict the inline frame. Leaving aside the additional confusing alternative RANGE keyword and implementation, it took me a while to figure out UNBOUNDED PRECEDING is just the FIRST frame row, and UNBOUNDED FOLLOWING is the LAST frame row.

Usability of this clause is simply bad. Look at how much space they needed at Oracle to explain what should have been the definition of a simple FROM-TO interval:

What OVER ROWS Clause Actually Does

ROWS filters the partition frame for each current row, by specifying its top and bottom limits, that’s all. It’s an additional filter you may add after an OVER ORDER BY inline specification. And it can be used with an aggregate function.

When you have no ROWS clause at all, the frame is still filtered by default between the first and current row in partition. You do not select by default everything within the partition, from first to last row, as you may wrongly assume.

When you pass just one single value, with no BETWEEN, the end value of your frame is considered the CURRENT ROW by default. You don’t have just one single row value selected, as you may wrongly assume.

First time we started to provide Data Xtractor support for the ROWS clause, we fell in the same trap of trying to map the so many variations to different functions. We ended up with no less than eight OverRowsFrom and OverRowsTo functions, which was huge.

We also figured out for this specific function that the generic Edit Function Arguments popup wouldn’t work. The function is too specific and visually sliding the two edges of the frame on screen would be easier and provide a much better user experience.

OverRows(from FIRST to CURRENT) is the default definition for the ROWS clause. When you don’t have a ROWS clause at all, or when you skip the second parameter from its SQL definition, this is by default the selected frame. Generated SQL ROWS can also use a BETWEEN n AND m expression, when the expression ends with the CURRENT ROW.

And this is what you get as first popup on any new frame selection:

OverRows(from 1st row to 5th row) is an example on how to limit the frame to one specific set. This could be one single row, rows with current row in the middle, or rows on one side of the current row.  This works with strict positive or negative offset values, or on the current row.

OverRows(from offset 1000000 to LAST) is a last example on how you can pass whatever big positive numeric values you want, as they will always be kept valid. You can never switch invalid From and To values for the frame, or allow for invalid combinations. And you’ll never have to remember what the actual SQL syntax is, as it is generated for you on screen after any possible change:

Using Min or Max on the single value will simply return that value. Unlike Avg or Sum, Min and Max also work on text values.

The next visual SQL query emulates FIRST_VALUE and LAST_VALUE with some specific ROWS frame selections.

First column selects the minimum value from the frame between the first and current row, with an intuitive OverRows(from FIRST to CURRENT) call. This is the frame always selected by default, and the explicit call can be obviously omitted. For names sorted in ascending order, as they are here, this will always be the first Apples string value.

First column selects the maximum value from the frame between the current and last row, with an intuitive OverRows(from CURRENT to LAST) call. For names sorted in ascending order, as they are here, this will always be the last Plums string value.

The visual SQL OVER ROWS clause has been tested and implemented in Data Xtractor for the following relational databases, with built-in window functions support: 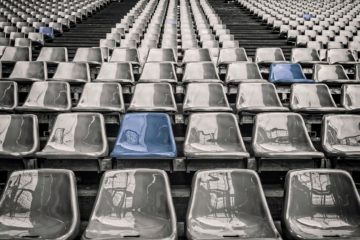 Visual description of the ROWS, RANGE and GROUPS window function clauses. Understand what frame is selected when used on a set with duplicate values. Get the difference between a current row and a current group. Think in terms of either individual rows, or groups with duplicates. Use offset rows, groups or values. 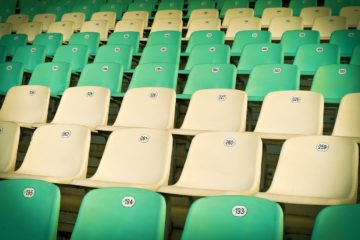 RANGE vs ROWS: When CURRENT ROW is not a Row

Why and when ROWS CURRENT ROW and RANGE CURRENT ROW return different results. How you can visually design this SQL query with window functions and prevent this confusion. 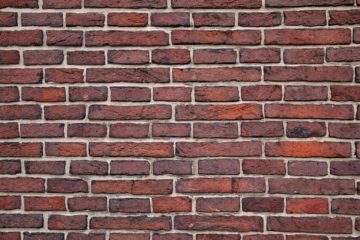 Use one single generic SQL Left Pad string function (LeftPad) for any built-in LPAD function or its emulation with a SQL expression. This article walks through in detail over the generated SQL when LPAD was supported or not. Select LeftPad from our visual SQL query builder, and it will be translated into the appropriate call.