History of Charts: Who Invented This Chart Type?

Find out who created the Stream Graph or the Chord diagram, the Sparklines or the Bullet Graph, the Pie chart and the Bar chart. And why exactly we also know the Polar Area chart as Nightingale Rose.

This is a list of data scientists and other influencers in data visualization, credited as inventors of a particular type of chart.

Who Invented the Timeline Chart

Joseph Priestley (1733 – 1804) is credited with the first timeline charts using individual bars – to visualize the life span of a person – in 1765. Priestley’s timelines proved a commercial success and a popular sensation, and went through dozens of editions.

Who Invented the Bar, Line and Area Charts

William Playfair (1759 – 1823) is credited with the inventions of the bar, line and area charts in 1786. His time-series plots are still presented as models of clarity.

He was a Scottish engineer and political economist. Playfair is considered the founder of graphical methods of statistics. Playfair argued that charts communicated better than tables of data.

Who Invented the Pie Chart

First pie chart was published by Playfair in his Statistical Breviary, in London. Ir was showing the proportions of the Turkish Empire located in Asia, Europe and Africa before 1789. Here are other examples:

Who Invented the Choropleth Map

André-Michel Guerry (1802 – 1866) was the first to publish a map (of France) with regions using different colors, based on some variable (crime levels). In 1829 he created the first Choropleth Map.

Together with Adolphe Quetelet, André-Michel Guerry – a French lawyer and amateur statistician – may be regarded as the founder of moral statistics.

Who Invented the Polar Area Chart

Florence Nightingale (1820 – 1910) – an English social reformer and statistician, the founder of modern nursing – is credited with developing a form of pie chart she first called coxcomb, after 1856.

Now it is known as Polar Area diagram, or even Nightingale Rose diagram. Polar area charts have been also used before, by André-Michel Guerry in 1829, and Léon Lalanne in 1843.

Who Invented the Radar Chart

Other people – like André-Michel Guerry, Léon Lalanne or Florence Nightingale – already used before a polar plot.

Who Invented the Parallel Coordinate Plot

Philbert Maurice d’Ocagne (1862 – 1938), in 1885, is known to have described a method with “coordonnées parallèles” in his book. However, the method the way we know it today has been rather popularized years later by Alfred Inselberg, in 1959.

Who Invented the Histogram

Karl Pearson (1857 – 1936), an English mathematician and bio-statistician, credited with establishing the mathematical statistics, is also known as having introduced the term or “histogram” in 1891.

The term is believed to be coined from “historical diagram”. Even if sometimes it is said to be derived from Ancient Greek.

Who Invented the Sankey Diagram

H. Riall Sankey (1853 – 1926), an Irish engineer and captain in the Royal Engineers, was the first known to have used this type of chart in 1898, in a classic figure showing the energy efficiency of a steam engine. Sankey diagrams have been later named after him.

But Charles Minard’s “Map of Napoleon’s Russian Campaign of 1812” – a flow map overlaying a Sankey diagram onto a geographical map – was created in 1869 and is one of the most famous Sankey diagrams.

Who Invented the Gantt Chart

Henry Gantt (1861 – 1919), an American mechanical engineer and management consultant, created this type of chart around 1910.

Gantt charts were employed on major infrastructure projects and continue to be an important tool in project and program management.

Who Invented the Arc Diagram

A similar type of diagram was used by M. Wattenberg in 2002, to visualize the repetition patterns in strings. He used arcs to connect pairs of equal substrings.

Who Invented the Box Plot

John Tukey (1915 – 2000) was an American mathematician who introduced the box plot in his “Exploratory Data Analysis” 1977 book . He is also credited with coining the term “bit”.

Tukey’s box plot assumes symmetry for the whiskers and normality for their length.

Who Invented the Dot Plots

William S. Cleveland, computer scientist and professor, invented the dot plots back in 1981, as a replacement for bar graphs or pie charts, which were using too much real estate and clutter.

Not to be confused with the pre-computer era Dot Plot charts from statistics, which has been around since 1884, in which each bar is replaced by a series of dots.

Who Invented the Sparkline Charts

Edward Tufte is credited with being the first who formally documented this type of small embedded chart, in 1983, in his book “The Visual Display of Quantitative Information“. He named it “sparkline” in 2006. It’s fair to say he invented only the name and popularized it as technique.

Edward Tufte, also in his 1983 book “The Visual Display of Quantitative Information“, described the Slope Chart or the Slope Graph as a new type of chart. The term “slopegraph” was actually coined around 2011.

Slope charts display exactly two points in time and visualize if the variations between them went up or down, using simple straight lines.

Who Invented the Treemap Chart

Ben Shneiderman, from the University or Maryland, looked for a better way to visualize the files and folders from his disk drive. In 1990, he tried to do it with a tree diagram, but there were too many nodes and branches.

The treemap was his solution, with less clutter and fully nested rectangles, each area proportional with the represented amount.

Who Invented the Word Cloud

Jonathan Feinberg created the first word-cloud layout algorithms back in 2005, while working on a social bookmarking application at IBM. In 2008, he created the web application Wordle, the first and best-known app from this family.

The app is still online today, but looks a bit obsolete, as it is using Java applets. There are however dozens of other online word clouds today, or word cloud chart algorithms, available.

Who Invented the Bullet Graph

Stephen Few developed the bullet graph in 2006, in his book “Information Dashboard Design: The Effective Visual Communication of Data“, to replace the rich meters and gauges that are often used on dashboards.

Stephen was very upset with the amount of clutter traditional dashboard had at that time. His simple linear bullet graph renders bars, which are easier to read and estimate by the human eye than circular angles or arc lengths.

Who Invented the Chord Diagram

Martin Krzywinski, a data scientist, published an article with the first known Chord Diagram in the New York Times, in 2007. It was created with Circos, a well-known application today for this type of visualizations.

Who Invented the Stream Graph

Lee Byron developed and published the first Stream Graph in a New York Times article, in 2008. It represented data about movie box office revenues in a new way.

The Stream Graph is in fact a variation of a Stacked Area Graph, with values displaced around a varying central baseline. It resembles a river-like stream and this makes it aesthetically pleasing and more engaging to look at. 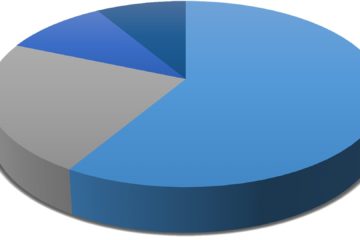 If you are wondering about alternatives to Pie charts you may use, here is a detailed reference, with a short checklist for every transition to an equivalent or similar chart type. At the end, we share a cheat sheet infographic you may use for your projects. We limited this post to a typical single-series Pie chart with a small acceptable number of slices, having all values already sorted in descending order. Other specific Pie chart types, with just two slices, or with multiple side-by-side or nested pies, may be considered separately in another post. 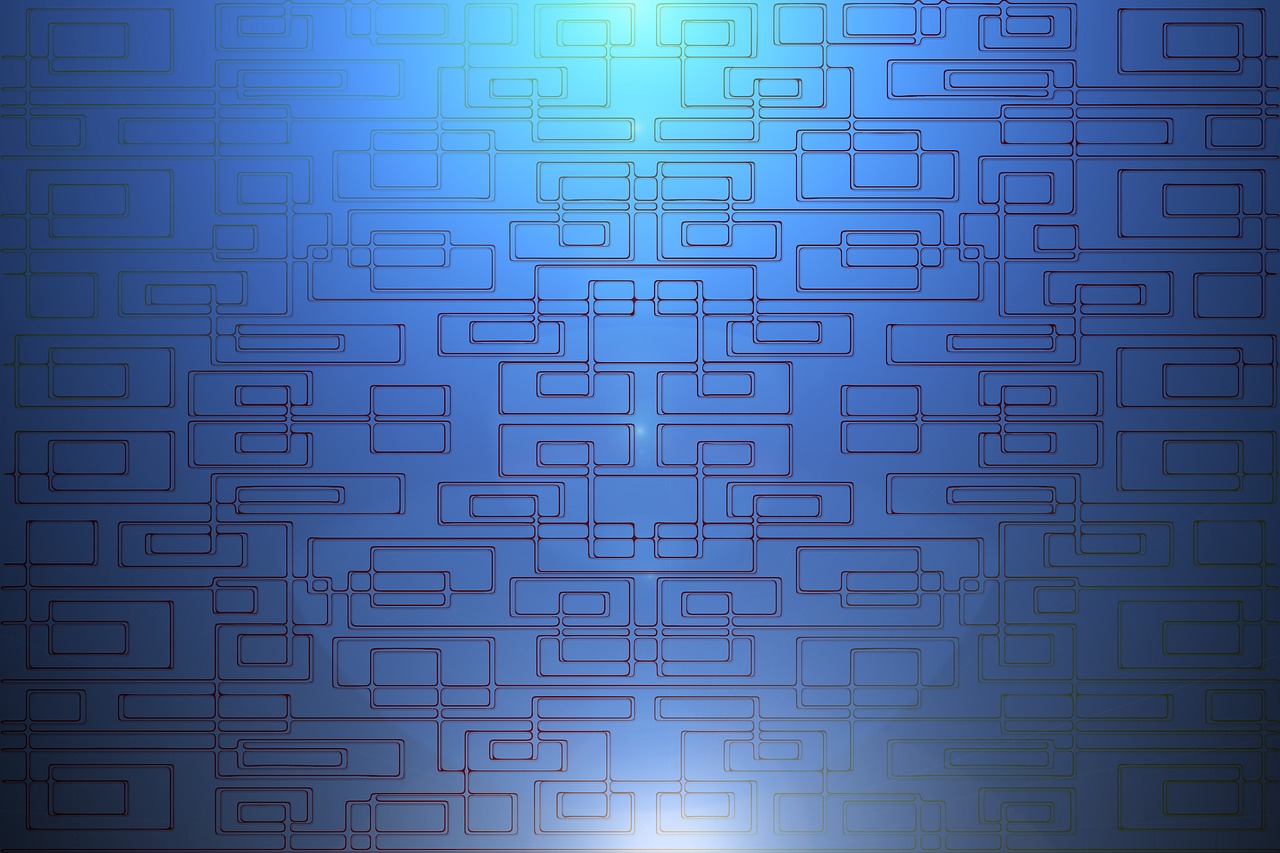 Let's see how Query Xtractor can help you solve the typical SQL problem of detecting overlapping datetime intervals. We have a table of projects employees are working on for a period of time, between a start and end date. It is indeed very hard to figure out from the results grid how large each period of time is and how they compare to each other.